With its brownish body and small rounded head, this snake very much resembles an earthworm in appearance and shape. Furthermore, this snake spends the majority of its life underground, in leaf litter, or under rotting logs. Much like the life style of... an earthworm. In fact, it’s preferred food item is actually earthworms! So this snake looks like a worm, behaves like a worm, and eats worms! Does this provide evidence to the saying ‘you are what you eat’? Or rather are you the way you are so you can more effectively eat what you eat?
You’re probably not surprised to know that this snake is called the Eastern Worm Snake (Carphophis amoenus). They are rarely seen above ground, but in the right environment I find these snakes quite frequently under logs and other debris.
© Jake Zadik 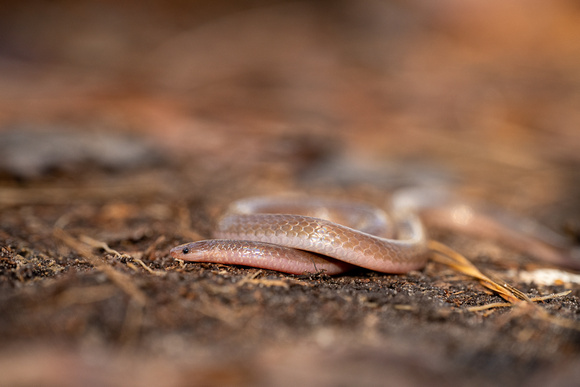